At 360 pounds, Chris Davis had about 140 pounds to go to reach his goal weight when he started the Facebook page "Project Chris Davis." One hundred and forty pounds is a lot, but he had already lost 330 over the previous two years.

After Davis lost more than half his starting body weight of 696 pounds through bariatric surgery, strict diet and regular exercise, the CEO of Spartan Race handpicked Davis to participate in a grueling five-month training in Vermont to prepare for the Spartan Ultra Beast - a 26-mile obstacle course, that includes eight-foot walls and walking through fire, designed with the help of a Royal Marine. There it was Davis's full-time job to diet, exercise, and lose weight under the supervision of a full-time coach.

Now back at home in Atlanta, out from under the watchful eyes of his trainer, Davis has had to get back to his old routine and all the old temptations while continuing to strive for his goal weight. He needed a little help from his friends - his 1,527 Facebook friends.

"I've had some hard times readjusting after coming home from Vermont. Because I am no longer under the Spartan umbrella and I don't have their support mechanisms anymore, I turned to Facebook to help keep me on the path," Davis said.

We don't hear stories like Davis's every day - he's lost more than 60 percent of his body weight and competed in races fit for a marine - but he's not the only one leveraging his social media network for support through life's greatest challenges.

Many like Davis turn to social media for support making difficult health decisions or maintaining a challenging lifestyle change, and not just on Facebook. YouTube has millions of videos on health topics ranging from asthma to a human zygote. Many of these videos spawn virtual communities of people seeking support while struggling to make tough health decisions.

One 3-D computer animation on the dangerous health effects of smoking, for example, graphically depicts the smoke from a cigarette passing through the lungs and into the bloodstream, causing numerous problems to the smoker's lungs, heart, brain, organs and even reproductive systems. Smokers have taken notice, and now offer affirmation and support to each other. 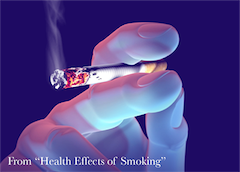 "I'm going to keep watching this video as a reminder of why it's important for me to quit," one commenter wrote. "Watching this video the 23rd day after quitting, after 7+ years of smoking. Feel much better. I wish every smoker will watch this," another said.

Many hospitals are taking advantage of social media's power by launching YouTube channels of their own, complete with physician interviews and animations of procedures the hospital offers. The result is thousands of page views and instantaneous communities of patients rallying around each other, offering advice and support when their peers need it.

I'M GOING TO KEEP WATCHING THIS VIDEO AS A REMINDER OF WHY IT'S IMPORTANT FOR ME TO QUIT (SMOKING)...

Davis learned about the value of social media after he was the last to cross the finish line in the three-mile 2012 Georgia Spartan Sprint. Staffers, worried that the then-388-pound Davis would not make it back to his car after the race, escorted him there. On the way, barely able to walk, Davis shared the story of his last three hundred pounds of weight loss. The next day, a Spartan staffer posted it on Facebook. 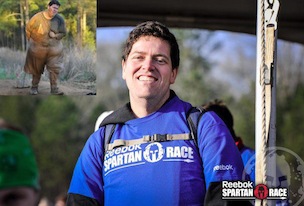 That's how Spartan Race CEO learned about Davis and invited him to the five-month training.

A condition of the offer was that Davis post blogs, Facebook updates and YouTube videos chronicling each week of the grueling training. Davis took the challenge, and in no time, Internet users around the world rained support on him.

"The most awesome human spirit I have ever seen!" one wrote. "That surpasses any level of mental and physical potential I have ever seen," said another. "Thanks for being a blessing. Keep up the outstanding work," another wrote.

In Vermont, Davis lost 120 pounds and completed 14.8 miles, which included climbing 6,000 feet and completing 45 obstacles, of the Spartan Ultra Beast last September. An injury during the race prevented him from reaching the 28 miles. Not two years earlier, he'd struggled to walk from his car to his desk at Comcast where he is a systems engineer. 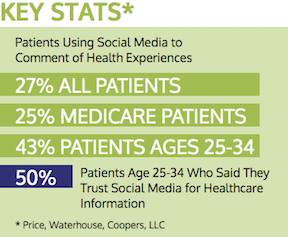 Today, at 266 pounds with 11 Spartan Races under his ever-tightening belt, Davis continues to diet and walk several miles a day. His 1,527 Facebook friends keep him accountable. He uses RunKeeper, an iPhone app that tracks his time, distance, route, and calories burned, and posts it to Facebook upon completion.

"There are definitely days when I want to take the day off, then I think, 'No, I need to go out for a walk.' I definitely feel more accountable because I know that there are people on Facebook watching," he says. "And if I don't, then I feel like I'm letting them down."